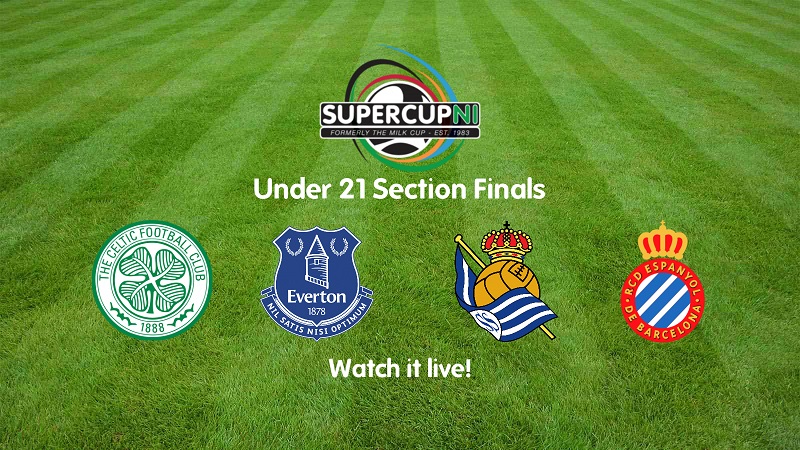 Saturday’s plans sorted …. Come along to the SuperCupNI U21 section Grand Finals day! The section contains some of the real glamour ties of the competition, with Spanish teams RCD Espanyol and Real Sociedad representing La Liga, Scottish giants Celtic and the Premier League side Everton.

Admission to tomorrow’s finals will be £5 for Under 16s and £12 for Adults, which covers your entry to both games.

The game will also be streamed LIVE via YouTube. Coverage starts 2.30pm, Saturday