U13 Linfield – Belfast Blues ready to impress at SuperCupNI 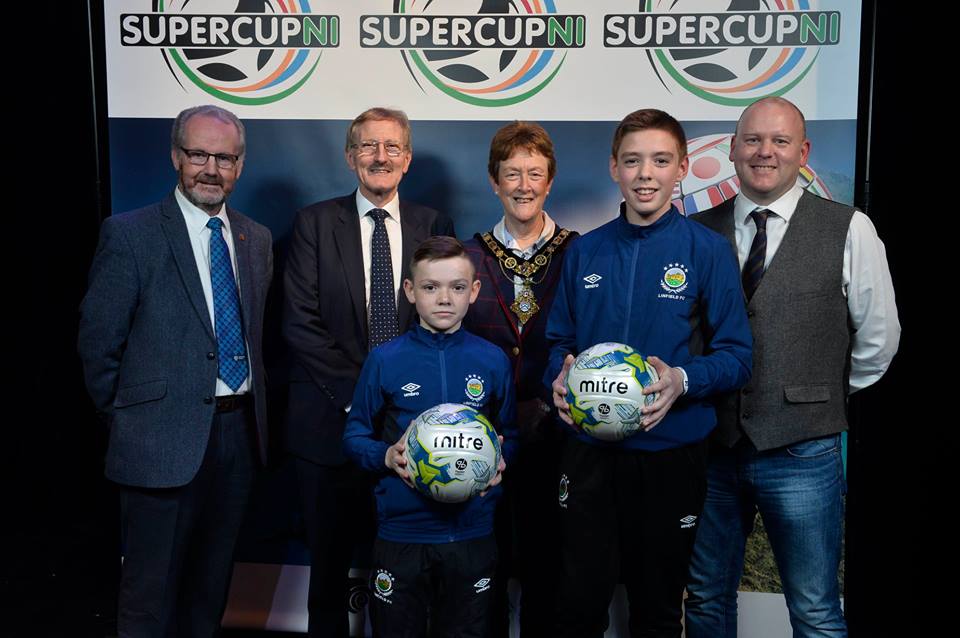 They are one of the most successful football clubs in the United Kingdom and this summer their U13 side will have their sights set on adding another trophy to the Windsor Park trophy cabinet.

Linfield Football Club will officially make their debut in the competition at the Super Cup NI Minor age group and manager Scott Boyd said it is a great honour to represent the club at such a prestigious competition.

“It is a great honour to be the first Linfield team to compete in such a fantastic competition and everyone involved at the club has got right behind us and backed us in whatever way they can.

“Playing in such a brilliant competition is fantastic for the players and I’ve always attended games in the past and felt really envious about the coaches in the dug-out who have a chance to take on different teams from across the world.”

The Windsor Park youngsters have been pitted against Belfast rivals Glentoran, Glenavon and Scottish side St Johnstone in Group C.

Boyd said there are some mouth-watering fixtures for his young charges to look forward to.

“The ‘Big Two’ game is going to be a prestigious game and one to remember. We’ve played both Glentoran and Glenavon on a number of occasions this season and all of the games have been very competitive.

“Then you have the St Johnstone game, whose first team are managed by Tommy Wright and they will provide a tough test for our boys as well.”

It has been a long but rewarding season for the Linfield youngsters and Boyd said that his side will recharge the batteries for two weeks before commencing their preparations for the tournament.

“It has been a long season and I think the coaches and the players could all do with a break.

“Players at that age just want to play and would probably play every day if they could but we have got to manage it and remain focused.

“This is my first season with this age group and we started quite early last year and met up for the first time in June.

“We’ve only just finished the National Youth League season and we’ve had a busy 12 months with games, training and a competition in Blackpool.”

The Belfast side will prepare thoroughly for their first ever appearance at the tournament and Boyd added that they have a busy schedule in June and July.

“Obviously with a lot of local teams entering the competition we have had to look in different places for games.

“We will be down in Dublin twice to play the North Dublin Schoolboys’ Select and Cabinteely FC.

“It is important that we are ready for this opportunity and we will be making sure that the strength and conditioning of the boys is prepared for five days of football.”

Boyd concluded by saying that with just over 60 days to the competition, the excitement and fervour is starting to build as they prepare to head to their base at the Ulster University.

“The facilities at the Ulster University are world class and we got to see first hand at the draw where the boys would be staying, playing and eating. Category 1 Academy clubs in England would be envious of such fantastic facilities and the boys can’t wait to get up there and get started.

“They have been talking about the parade and lining up beside the likes of Manchester United, Rangers and all of the teams from across the world.

“Everyone is really excited about representing Linfield at the competition and we can’t be wait for the tournament to get underway!”