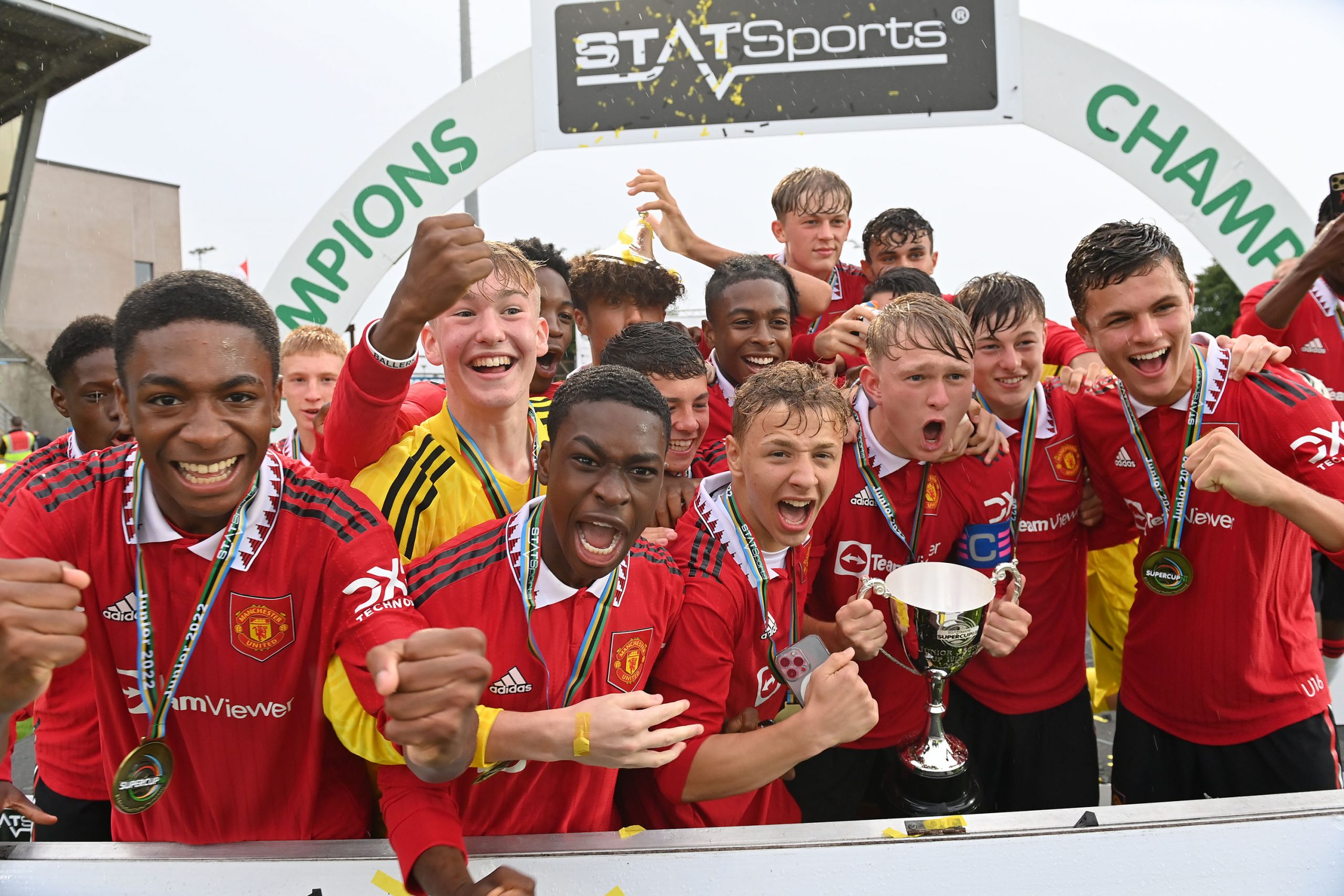 Tournament Details and the Entry Form have now been released by the Organisers for STATSports SuperCupNI 2023.

Dates have already been agreed for next year’s Tournament and the competition will take place from Sunday 23rd July until Friday 28th July 2023.

STATSports SuperCupNI is a magnet for top teams from all round the World with teams such as Arsenal, Manchester United, Rangers, Celtic, Valencia, Leeds United, Bayern Munich and Chivas travelling to one of the most scenic areas of Northern Ireland for the week-long Festival of Youth Football.

In total there will be three male age groups and two female age groups and thousands of young people, family members and football fans will descend upon Northern Ireland booking out hotels, and guest houses, with young players having dreams of lifting the top prize in their respective age groups.

The male section will consist of three age groups – U13, U14, and U16 and the female competition will have two sections, under 14 and under 16.

Chairman Victor Leonard said, “A major review was undertaken after this year’s Tournament and we believe that what is planned for next year will give many young people the opportunity to participate in one of Europe’s Elite Youth Football Tournaments.” Leonard continued, “2022 was a very challenging year but it proved to be one of our best year’s yet with increased number of teams and increased numbers of spectators attending the games. The new girls section proved to be particularly successful and we plan to build on what was an excellent addition to the event by adding a new age group.”

“The Tournament provided a massive boost to the local economy with many accommodation providers fully booked for the duration of the event. Local hospitality and retail businesses also benefited from the return of the Tournament, the first since 2019.”

The 2023 Tournament kicks off on Sunday 23rd July with the Welcoming Ceremony in Coleraine and Finals Day on Friday 28th July when venues across the Causeway Coast & Glens, Mid and East Antrim and Antrim and Newtownabbey Borough Council areas will play host to the Finals of the various Competitions in the Tournament.

Entry fee ban be paid via PayPal using the button below