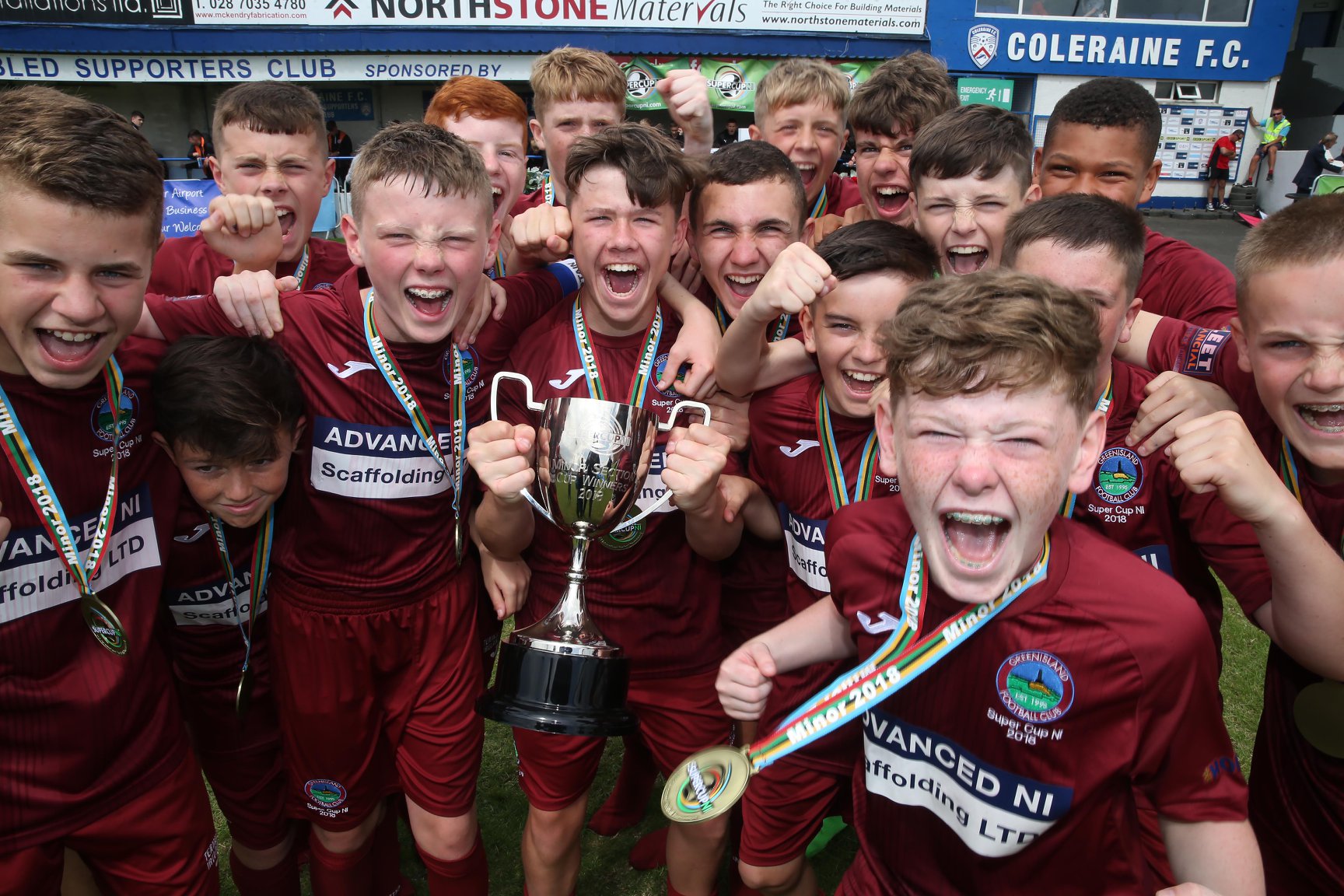 The organisers of the STATSports SuperCupNI 2019 are confident that the recently introduced Minor U13 section will continue to grow and prosper this summer.

Tournament organisers made the historic step of adding the U13 section into the weeklong football extravaganza last year and the inaugural Minor section was hailed as a huge hit by all involved.

Hundreds of people lined the pitches at the Ulster University throughout the week and such was the success of 2018, the organisers opted to increase the number of entrants in 2019.

The first name etched on to the Minor trophy was that of East Antrim outfit Greenisland FC. The club was first established following discussions between local community members from Greenisland at the competition many years ago and it was a proud moment for the Glenkeen Avenue outfit when they secured the trophy at the Coleraine Showgrounds last summer.

The holders of the tournament have two Antrim derby clashes to look forward to at the 2019 event in Group D. Greenisland will face two Northern Irish debutants in Ballymena United and Larne FC, while Lurgan side Glenavon complete what is an exciting all Northern Irish group.

Last year’s runners up were Bertie Peacock Youth, a club formed in memory of one of the founding members of the competition, the late great Bertie Peacock.

Group B also features debutants at the competition, in Beijing BFA who will travel from China with hopes of making their mark at the tournament. Dungannon United Youth, Ballinamallard United and Warrenpoint Town FC complete Group B and they will also have their sights on a place in the semi-finals.

The tournament begins with a parade of teams and welcoming ceremony in Coleraine on Sunday, July 28, with all finals taking place on Friday, August 2.