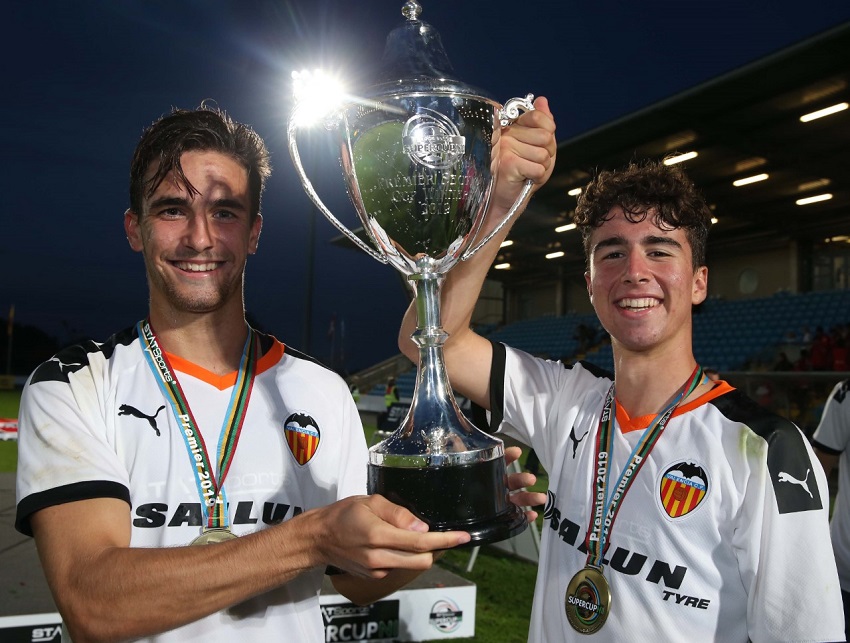 Buying a ticket for the STATSports SuperCupNI has never been easier as the organisers for the tournament have confirmed that they will be continuing to work with Northern Ireland based company, MyTicket.

Victor Leonard, chairman of the organising committee said it was an easy decision to make after the success of the three matches last summer.
“We started our relationship with MyTicket last summer with a trial for the three challenge matches between Manchester United, Coleraine FC, Ballymena United and Linfield.

“At the time we had a number of hurdles to clear with regards to COVID procedures and their innovative app played a huge role in the success of the three matches and we are looking forward to building upon that relationship ahead of the 2022 tournament.

“The app should enable football fans to purchase our incredibly popular multi-match tickets and the two U19 matches between Manchester United and Northern Ireland with minimal fuss and at the click of a button!”
Victor Leonard, continued, “The tickets for the Northern Ireland v Manchester United games at Coleraine on Monday 25th July and at Ballymena on Wednesday 27th July are already on sale and sales have been going well so far.

The two Cup Finals at Ballymena Showgrounds on Friday 29th July in the Junior and Premier Sections are also included in the Multi Match Ticket.

A Multi Match Ticket does not cover the Northern Ireland v Manchester United fixtures on Monday and Wednesday.

Tickets can also be bought for individual games during the week at Coleraine Showgrounds, Anderson Park (Coleraine), Seahaven (Portstewart), Scroggy Road (Limavady), Riada Stadium (Ballymoney), Ballymena Showgrounds,  Broughshane and Inver Park (Larne). The price for these individual games is Adult £7 and Youth (under 16) £4.

Supporters who wish to go to the two Cup Finals at Ballymena on Friday 29th July and don’t have a Multi Match Ticket can purchase a ticket for the Finals only, priced at £10 for adults and £5 for under 16’s.

A Multi Match Ticket is the way to see plenty of games and at a modest charge!!

Available now via the MyTicket App