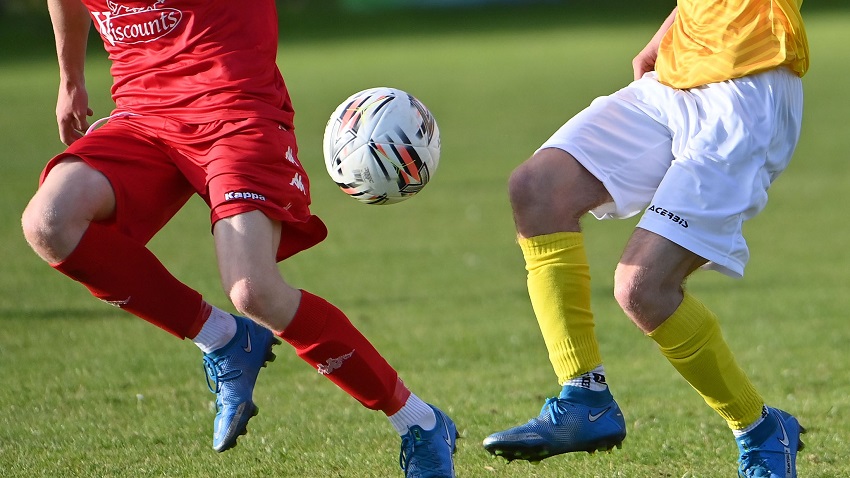 County Londonderry and County Tyrone met at a packed Warren Recreational Grounds in Portstewart and it was the Red Hand County who took bragging rights as an early Sean Corry goal saw Tyrone win 1-0 on day two in the Junior section.

The game was only four minutes old when Tyrone took the lead. Ben Kelly capitalised on a mistake and drove into the box. His initial effort was well saved but Corry was on hand to score the rebound.

Derry were enjoying the lion’s share of the possession but were struggling to break down the Tyrone defence. Tyrone were happy to sit off and pick off any mistakes and Sean Corry picked up a loose ball and slipped it inside to Aidan Hegarty whose clever pass found Kelly in time on the penalty spot but he fluffed his effort and fired well over with just the goalkeeper to beat.

Londonderry’s first foray into the box saw a long floated delivery from Tiernan Doherty put Oran White under pressure but he punched clear and that brought the half to a close.

Tyrone’s forward line were working hard and harrying the Londonderry defence whenever they had the ball. Substitute Nathan Sloan pounced on a loose ball but his low drive was pushed around the post by McAuley and from the resulting corner, Taggart headed wide.

Slowly but surely Derry were starting to find space in the final third but White was patrolling his area well and was mopping up any long through balls. Daniel Smyth found himself in space down the right but he was pushed wide by Harry Bownes and Smyth was forced along the by line and he somehow dug out a cross which looped over everyone and skimmed off the crossbar.

Tyrone were dropping deeper and deeper and a great ball from the left saw Senan Devine ghost into space but his header was straight at White. Derry had one final chance from a corner but the header was nodded wide and the referee blew his whistle to give Tyrone all three points.

The Red Hand men will now hope to build upon this impressive display with a win against IDA Bermuda and Londonderry will have their sights set on bouncing back against Fermanagh.