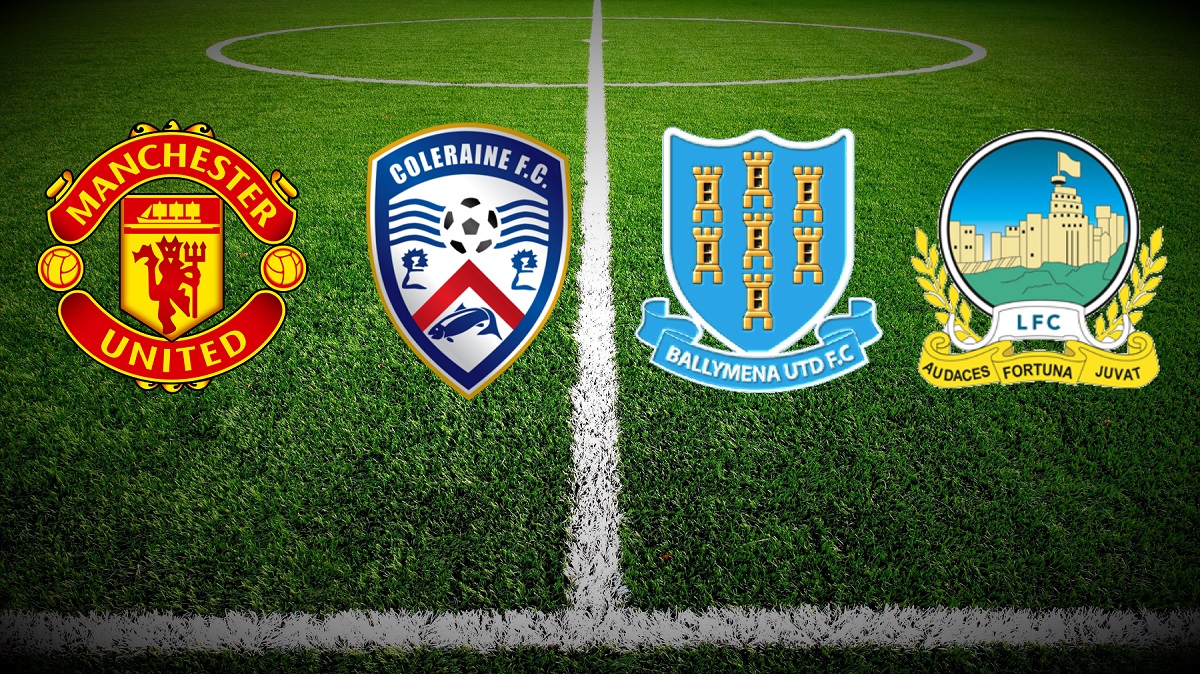 Three of Northern Ireland’s top youth sides will face some of Manchester United’s brightest prospects later on this summer.

The Premier League Club will send their U16 squad to Northern Ireland to prepare for the new season and they will take on club sides from Coleraine FC, Ballymena United and Linfield FC between July 26th and July 30th.

Super Cup NI organisers invited Manchester United to send a team across to celebrate the Club’s success winning their first title at the 1991 Milk Cup, some of the boys in that team went on to be known as the Class of ’92 which became one of the most famous teams in the Club’s history.  The Organisers were delighted to receive confirmation from Manchester United for their visit and to play the three games, chairman Victor Leonard commented there has been a great deal of excitement following the announcement.

“Manchester United are looking forward to bringing over some of their brightest stars and it will be an incredible opportunity for players from three of our local clubs to test themselves against such prestigious opposition.
“We have witnessed in the past how so many of Manchester United’s stars have come to prominence at the competition and we have no doubt these games will capture the imagination of football fans locally.”

The Old Trafford players will face Coleraine on Monday, 26th July at Seahaven (Mullaghacall) in Portstewart and on Wednesday 28th July, they will face Ballymena United at the Ballymena Showgrounds. The third and final game will be against Linfield FC at Dixon Park in Ballyclare on Friday 30th July. Each of the games are scheduled to kick off at 7pm. All tickets for these games are priced at £7 and this will include a souvenir programme, which will be distributed on entrance to the ground. Arrangements for purchasing tickets will be published next week.

Leonard said it was ‘hugely welcoming’ that spectators are starting to return to football grounds.

“We are delighted that spectators will be in attendance at the games and prior to each of the matches we will work closely with the respective host councils, the Public Health Agency and the Department of Health to ensure we comply with all current guidance and covid regulations.

“Manchester United have very fond memories of the Milk Cup, now Super Cup NI, and having spoken to officials at Old Trafford we know that they are very excited about the three games and are looking forward to coming to Northern Ireland.”

Victor Leonard concluded, “We also thank the local councils of Antrim and Newtownabbey, Causeway Coast and Glens and Mid and East Antrim, who have given valued support to us in 2020 and 2021 to ensure we will be staging our Tournament again in 2022. We know that the visit of Manchester United will bring a welcome boost to the local businesses in the towns where the games are being played.”