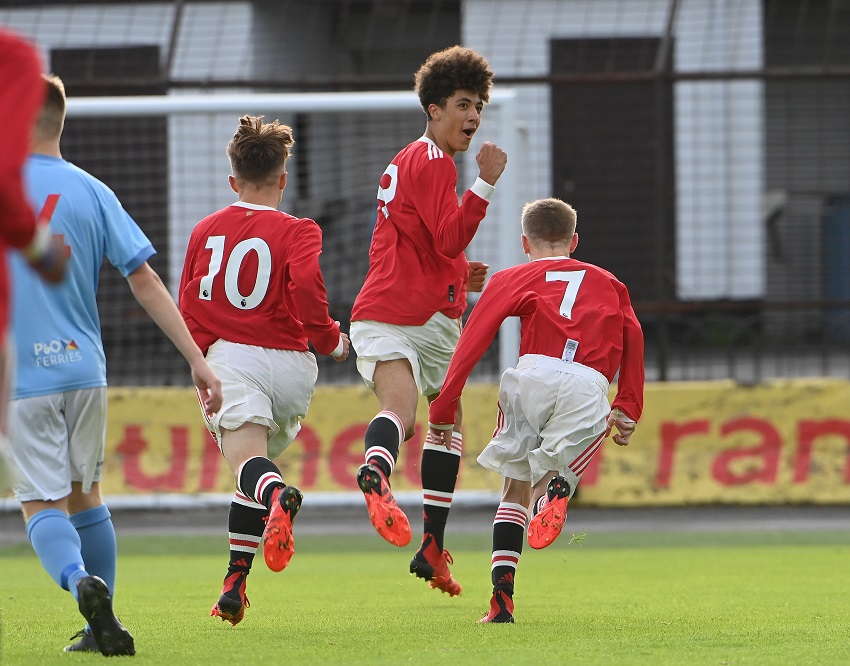 The impressive Ethan Wheatley scored the game’s only goal shortly after half-time at the Ballymena Showgrounds.

The hosts gave a good account of themselves and matched their opponents throughout in front of 800 home fans, with George Campbell going closest with a first half header from Timmy McClure’s deep cross.

Striker Wheatley was a livewire throughout, with his excellent touch matching his towering physical presence.

He came close to breaking the deadlock midway through the opening half, exhibiting wonderful close control before sending his low drive just wide of the mark.

Six minutes after the break, Wheatley again found the perfect first touch to set himself and this time laced his effort into the far corner.

While never applying consistent pressure for an equaliser, the Sky Blues remained in the contest throughout and had half a chance of a last-gasp goal when the ball fell to Tony Ward outside the area, but the effort went wide of the post as United took the win, two days after their 2-0 victory over Coleraine.

You can watch highlights of the game on the BBC Sport NI website.