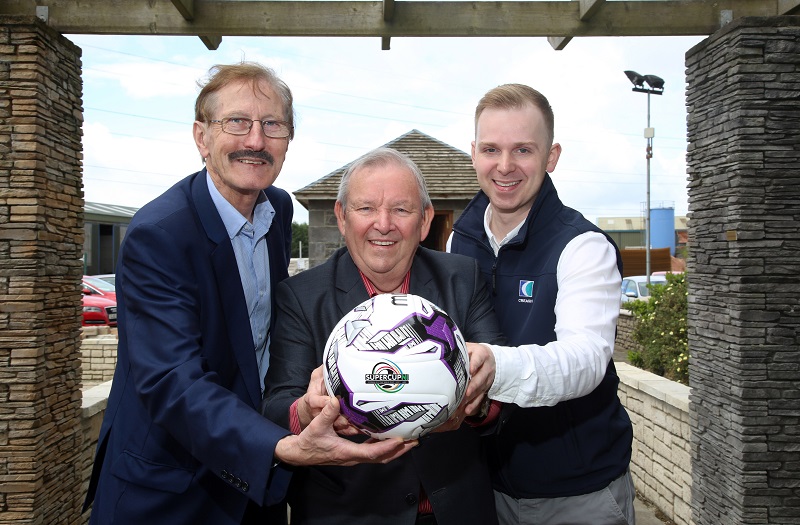 One of the world’s best recognised international youth football tournaments has laid concrete plans to celebrate its 35th anniversary.

Organisers of the SuperCupNI – formerly the Milk Cup – are also teaming up with a new partner as the event welcomes back Manchester United after a two-year absence.

Chairman Victor Leonard says the decision by local business Creagh Concrete to back the event is a huge boost.

He said: “We are marking the 35th anniversary of launching our event and to secure support from a company with such a high reputation across these islands is massively important for us.

“Like our tournament, Creagh Concrete has grown to become one of the largest and best known players in its field.

“We hope that the company’s decision to sign up with us will be a winning one which helps them achieve more goals in terms of its business.”

Conor McCloy, from Creagh Concrete, said: “We see the SuperCupNI as a strong and innovative event which is not only a recognised global competition but also one that attracts a positive international spotlight on this part of the world, while giving young people from across the globe a stage to demonstrate their talent.

“We feel that after 35 years of success, the competition deserves to be recognised and nourished in a positive and tangible way to help it continue to be successful.”

Creagh designs, manufactures and supplies an extensive range of concrete products. The company operates from its head office in Toomebridge, Northern Ireland, with bases in Ardboe, Dunloy, Draperstown and Magheraglass and also in Nottingham and Edinburgh.