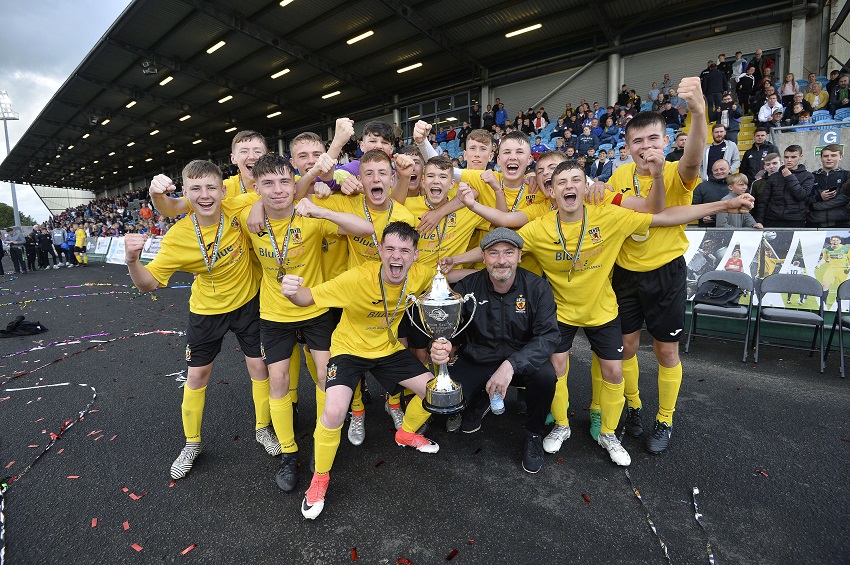 The Pandemic, which has been experienced in all Countries of the World has had a lasting effect on many areas of society and sport has not escaped damage.

The usual STATSports SuperCupNI Tournament has been unable to take place since 2019 and there will be changes as Tournament Organisers put in place their plans for 2022.

One of the biggest changes for 2022 is the reorganisation of the County Antrim SuperCupNI Committee, which has for over a decade been led by Chairman Lawrence Anderson and Head Coach, Stefan Seaton.

During their period of guiding the County Antrim Committee, teams in the Junior and Premier Section have brought great success to the County, however both Lawrence and Stefan have now taken the decision to step back from the leadership role in County Antrim.

“After meeting with the SuperCupNI Organising Committee, the present County Antrim committee and coaching staff has decided to step down and allow others an opportunity to organise the county’s participation in the tournament.

We’ve been doing this for 12 years, and with the enforced break due to Covid it’s given us time to reflect and now feels the right time to move on. Organising Committee Chairman, Victor Leonard and Jim Sandford and the rest of the Organising Committee has been excellent in helping us do this.

My philosophy as head coach has always been according to the Bill Shankly tradition of footballing socialism, meaning that everyone is equally important from the chairman down to the people preparing our rooms every day at the hotel. Therefore, I’d like to thank everyone, who has helped us along the way, but particularly our chairman Lawrence Anderson and treasurer John Clarkin.

I’d also like to thank the players. The success we’ve had is a result of their hard work and determination. We leave the tournament having won it 3 times in our tenure, twice beaten finalists, and many more 3rd and 4th placed finishes. Before we arrived only one county had ever qualified for the semi-final stages, so it puts into perspective, the tremendous effort by players, coaching staff, committee members and everyone connected to County Antrim’s participation.

We wish the next group coming in every success, and I look forward to watching the tournament as a spectator in the role I occupy for Liverpool FC as a scout. Success has many fathers.”

Victor Leonard, chairman of the Tournament Organising Committee, commented on receiving  the news,

“We are sorry to see Lawrence and Stefan and the Committee members and coaches stepping back from their work with Co Antrim SuperCupNI Committee after so many years, however I would like to place on record, our sincere thanks for all the hard work and dedication they have put in on behalf of many County Antrim young footballers, who had the opportunity to represent the County and also bring such great success to the County over the twelve years of their stewardship.

The playing record at County Antrim speaks for itself and is unparalleled in Northern Ireland teams’ participation. We wish them all well for the future.”

The Organising Committee has already taken steps to put in place a new County Antrim SuperCupNI Committee and is delighted to announce that Michael Boyd has agreed to take the responsibility of being the new Chairman.

Michael has wide experience in sporting roles; he developed the first ever youth football strategy, “Let Them Play” while he was the IFA’s Director of Football Development and also played a large part in working with the Amalgamation of Northern Ireland Supporters Clubs, to ensure the Green and White Army is now widely regarded throughout the World as the best supporters in International football.