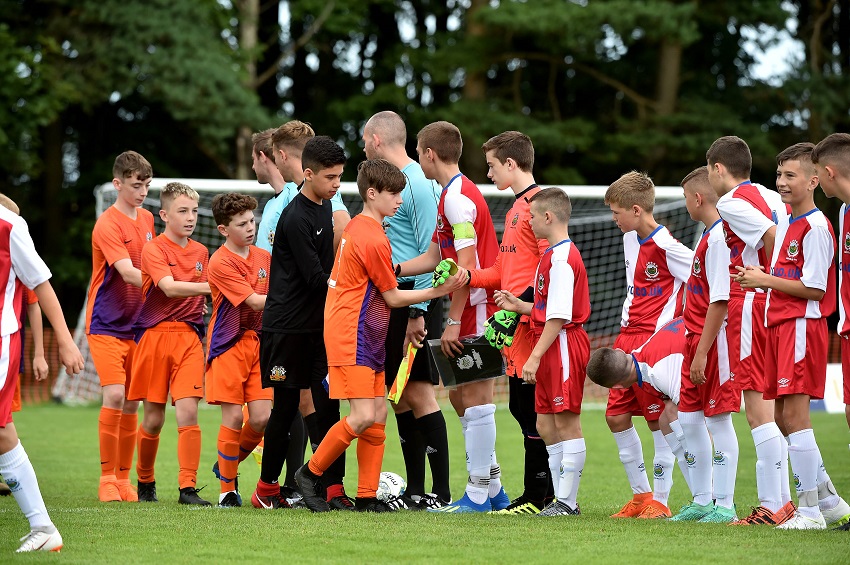 Linfield made it two wins from two in the Minor section as they narrowly edged past Glenavon in a well contested clash at the University on Tuesday morning.

The Belfast Blues scored at the end of the first half to secure back to back 1-0 wins in Group C.

Linfield should have taken the lead straight from the kick off as Jack Berry latched on to a diagonal ball on the left, but he poked his effort over the bar and Glenavon breathed a huge sigh of relief.

Glenavon were next to go close as Stuart Harrison found space inside the box but his effort was always rising, and the game remained scoreless.

Linfield were starting to gain a foothold in the tie and looked a threat from set-pieces. Skipper Ruairi McConville had an effort deflected wide from an in-swinging corner as the Belfast Blues pushed for the opener.

Moments later the Windsor Park youngsters took the lead. The Glenavon goalkeeper could only punch away a dangerous high ball and Sam Glenfield reacted quickest to slam the ball into the roof of the net.

The half time break gave both sides time to take stock and regroup and it was Linfield that continued to dominate in the early stages of the second half.

Dylan Rhodes stung the palms of Dylan Braik in the Glenavon goal.

Glenavon were starting to put together some nice phases of play but the resolute Linfield rear-guard snuffed out any danger and that was how the game ended.