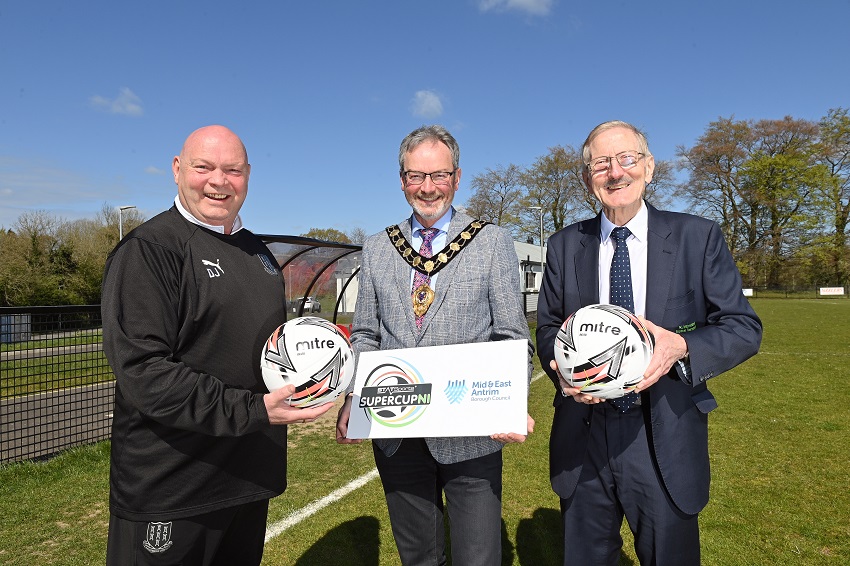 Premier League heavyweights Manchester United and Europa League finalists Rangers FC are among a 14 strong entry list for the  Junior section of the 2022 STATSports SuperCupNI.

The Junior section now consists of teams playing at U16 age level and chairman of the organising committee, Victor Leonard said,

“We are delighted to have the likes of Manchester United, Rangers, Leeds United and teams from as far away as Bermuda, Mexico and America descending upon Northern Ireland for the competition.

“Manchester United and Rangers have been fantastic supporters of the competition and many of their current first team stars used the tournament as a platform for them to go on and make a name for themselves at a senior level.

“This is our first year back since 2019 and the restart has been met with a great deal of positivity and we hope to build upon this in years to come.”

Tournament graduates such as Anthony Elanga, Scott McTominay, Marcus Rashford and Jadon Sancho have all shone at the competition before making a name for themselves in England’s top flight.

In Scotland, it has been a year to remember for Rangers as they defeated some of Europe’s top sides to make it all the way to the Europa League final. The likes of John Lundstram, who won the Junior section with Everton in 2009, Northern Ireland captain Steven Davis and rising star Alex Lowry have all starred at the Tournament and the Ibrox based side will be hoping to retain the Junior crown they secured in 2019.

Some of North America’s finest will have their sights set on claiming top spot later on this summer and Mexico’s representative, Santos Laguna a Mexican professional Club competing in Liga MX, the top professional football division in Mexico, they will be hoping to claim Mexico’s first title success at Junior level since 2007. The Mexicans are joined by tournament newcomers Surf Soccer and San Francisco Glens and both sides will be bringing some of America’s top young talent to Northern Ireland in July.

IDA Bermuda from the Caribbean will also hope to make a positive impression as they make their debut at the competition.

English Premier League side Leeds United are strong supporters of the competition and the Elland Road outfit returned to the competition in 2019. The Yorkshire side have a loyal band of supporters in Northern Ireland, and they will be well backed on the side-lines in July.

Leeds United are joined in the competition by debutants MK Dons. The Dons have developed a strong reputation for youth development and England international Dele Alli and Northern Ireland centre half Tom Flanagan are among their most famous youth academy graduates.

There will be plenty of optimism in some of the county setups that they can stake a claim for top honours later on this summer. County Antrim will be expected to make their mark and potentially claim their third Junior title.

County Down have always performed well at Junior and Premier level and County Londonderry have caused some major shocks in recent years including staking notable victories against Manchester United and Arsenal.

County Tyrone were defeated in the semi-finals on penalties by the eventual winners Rangers in 2019 and County Armagh and County Fermanagh are ever improving and will be hoping to make a name for themselves later on this summer.